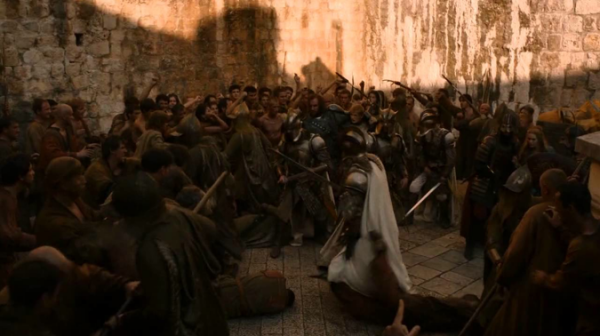 So, after we attacked that Masked Lord guy, it turns out someone went and murdered him by burning him in his bed. It appears that those of us who were on Team Kidnapping not only chose the smart option, but the more humane one. Who knew? We should find out who did that. If someone is murdering lords in their beds and that someone is not me, I want to know who it is.

Val used the seal I stole from Bardren Sarich to write some letter. I asked what it was about, and then realized I don’t care. I considered charging her for the privilege, but decided she’s good people, despite being a half-orc and there was no reason to begrudge her this minor favor. I have discovered that stealing from lords pays well. I would like to do more of it. I do worry that with Sarich dead, my fancy new seal may not amount to much. :(

After this, we decided to bust some of Carric’s friends out of the joint. We went back and forth on this issue and decided to give it a day. That worked out, as I just so happened to run across a dear childhood friend of mine named Endrich, who just so happened to not only work at the Southfort Keep but was also corrupt. Endrich helped us game out a plan to get into the prison. Eventually, we decided that Clara would present herself as, well, herself—-a noble woman—-but one who was transporting prisoners to be questioned by the Open Lord. We all acted like her guard (and Carric a warhorse) and talked the warden into handing them over. It was almost seamless, except this Eldritch Knight insisted, no matter how much we tried to talk him out of it, that he had to come along.

We took our caravan down a dark street in order to jump this chump and, in a great stroke of fortune, someone blew up something on the dock. (Apparently, the dock workers have been striking and it turned into a riot.) Val used the distraction as an opportunity to stun the Eldritch Knight, causing him temporary blindness and deafness. Unaware he was deaf, I yelled, “Bandits!” So that was a failure, but luckily Clara was able to hoodwink the guy into thinking that we had, indeed, been attacked by bandits. She took a punch to the nose to get it done, but hey, at least the black eye will suggest to all would-be comers that she is not to be fucked with.

All of us but Carric and Clara escaped with the prisoners. Clara and Carric returned to the prison and played it off like a bandit attack. We all met back up at Madam Garah’s, where we are now staying, and then decided to see what the hell was going on with this dock bombing. We had heard that the Cottagers and Greenroots had joined together in a movement called the Common Alliance, and this bombing probably had something to do with that.

When we got to the dock, all hell had broken loose. People were rioting. A mix of City Watchmen and City Guard were attacking commoners, dock workers in particular. No one seemed to agree on who started the fight.

Then Ges, overcome with anger at watching a fellow dock worker getting punched in the face by an officer, grabbed the dock worker and tried to escape. The press of crowd made that impossible, and so it was ON. My companions and I started to fight every Guard and Watchman in sight. We were getting the better of them when a new group came upon us…..

And that’s where we’re at. I’m swinging Sparklemotion and we’re trying to stay alive. To be continued! 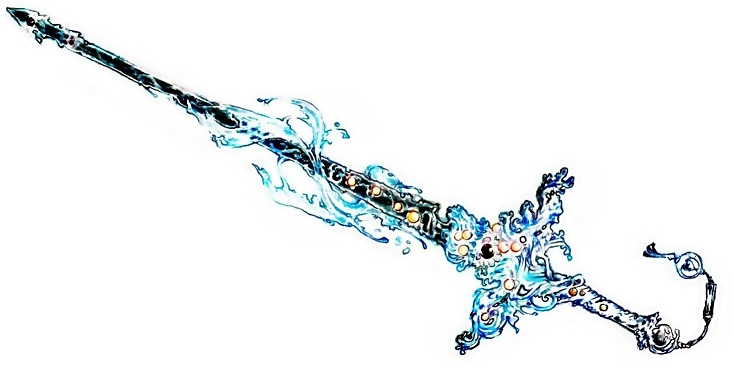