Eager to see some new crap, my friends and I went to the Safe Haven Inn to hear some political radicals talk. There was a lot of speechifying about how nobles are bad people and how the common people need to rise up and take what is theirs. Most of it was boring, but I am sympathetic to the idea that lords are a rotten bunch. After all, they did destroy our mine, even after we worked so hard to make it safe again.

Then the City Watch raided the joint and we all escaped. Some very handsome and intriguing elf named Finn showed us a safe house. He told us we can join his revolution. Upon hearing that this creates an opportunity to sneak into the houses of fancy lords and murder them in their sleep, I was in. Well, Finn didn’t exactly say that was what we were doing, but I inferred. ¯\(ツ)/¯

To show our worth to Finn, we agreed to bust into the house of Bardren Sarich, who is one of the Masked Lords of Waterdeep, some kind of secret society that runs the city. Sadly, there was not much of interest in his house, showing that these secret lord sorts really know how to keep secrets. But my new friends, Valravn and Carric, managed to squeeze all sorts of information from him, including the fact that he’s holding some Cottager/Green Roots types in South Fort Keep. So we have decided to spring those guys and secure our place in this burgeoning rebellion.

Oh yeah, and I swiped Sarich’s family seal. So if anyone has any reason to forge some documents, just ask me. 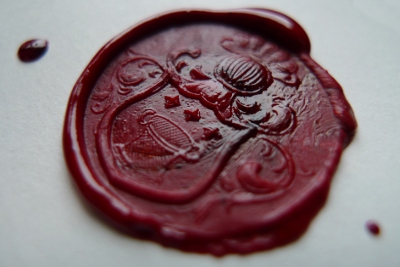 Our first three days in town.

Prologue 02: From Phandalin to Waterdeep (cont'd)

Prologue 02: From Phandalin to Waterdeep