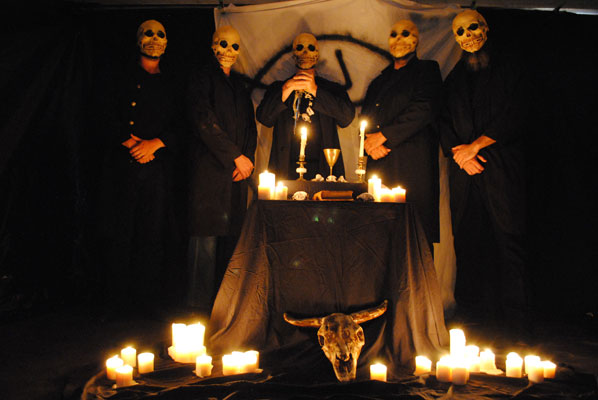 After returning to the Fiery Flagon and dyeing my hair in panic, a bunch of cops showed up. Carric wisely turned into a cat and took off, but not having that option, I went meekly along with Clara to face justice. Somehow, through many political machinations, our compatriots Xavi, Ges, and Val ended up jailed with us. While Cade offered to take us, somehow Quinn Poedsta got us.

Val managed to transport out, but the rest of us were stuck. But then the guards just happened to leave the locks all but unlocked and, of course, we got out. I snuck up and saw that it was an obvious trap, because Podesta and her men were combat-ready, eager to kill us. 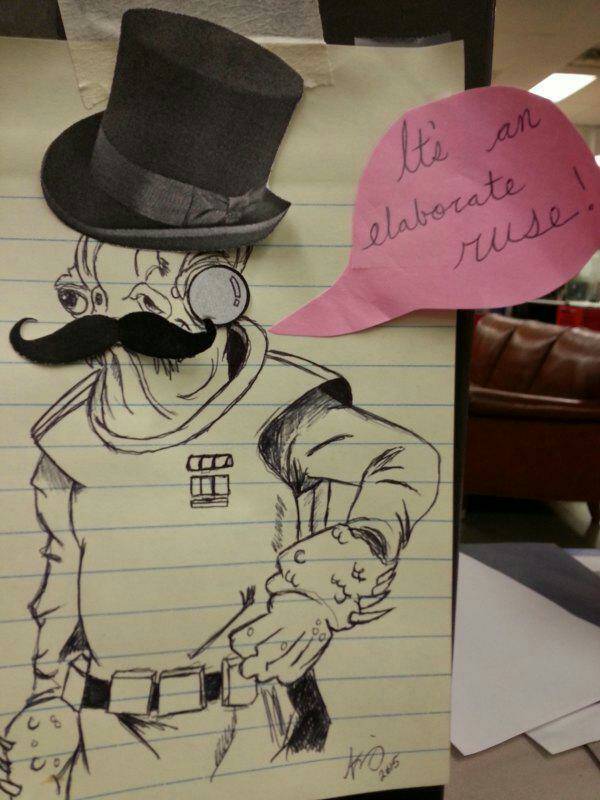 We went after it anyway, after Xavi convinced us that they were going to kill us one way or another. Things were not going well. Xavi was all but killed, Ges was captured and Clara and I were captured.

Then our knight in shining armor, aka Cade and Vale in some weird disguise, showed up.

Quinn and most of her buddies took off, but we captured two of them. When we sacked the place, we found a second portal code word along with some inspirational words about reaching for the sky. After we returned to the Blackstaff Tower—-and after Val, who has secrets of her own, made us—-and we submitted to a mind-reading, we figured that our captives were part of a Cult of the Dragon conspiracy to destroy Waterdeep.

Lala and Cade took the threat seriously, but left us to pursue one possible avenue, going to the City of the Dead to see what some assholes were up to there. Turns out, a lot. After capturing a couple hanging around outside and using their costumes to sneak inside, my friends discovered this dumb cult is the real deal. They have actual portals and the ability to go to other worlds!!!

To find this out, however, required Xavi and myself using a zombie to distract the guards and steal their clothes. The less said about our exploitation of the undead, the better.

There was a lot of debate about how to play this, but my sense that we should just play along to get along and see what happens worked out. My friends learned a lot about the conspiracy that we can take back to Lala and finally stop this plot. After they went along with the plot, most of the Cult of the Dragon mofos took off, leaving only some high priestess half-elf. She tried to take off, but we subdued her and are taking her to the Blackstaff Tower for questioning.

My friends are wondering how it is that I balked from stealing from a corpse and am generally flying straight and acting right. The answer is simple: Stealing from the dead is bad luck, and where we’re going, we’re going to need all the luck we can get.

That said, we should take all the money we have and buy some magical tools and weapons to help us. I may know a guy.