Geswanouth Slahoot is a 23-year-old human male fighter, originally from the town of Thundertree. He’s a commoner with little formal education, but he’s proud of the fact that he can read and write.

Seeking adventure, he left town in his late teens to work on the docks. He loved the job because it introduced him to people from all over the world, people with fresh ideas, exotic goods, and tales of distant lands.

Ges wants to experience everything. His arms and chest are covered with colorful tattoos—mostly inspirational sayings in foreign scripts and symbols of protection from strange gods—each tattoo is a reminder of a friend or a lover from his days on the docks.

While Ges was away, a volcanic eruption covered Thundertree with ash. A handful of survivors would like to return, but they can’t. A dragon has taken up residence in the ruins, and Ges is determined to kill it. His experiences on the docks have opened his eyes to new ways of life, but they have also made him realize that Thundertree was a very special place in its own right, a quietly unusual society that is worth reviving.

Ges particularly misses his maternal grandmother, Gwen, who is—or was—a tremendously feared and respected figure in Thundertree, despite the fact that she was a single woman with no visible means of support. Neighbors would peer through cracks to see the distinguished visitors who would show up at her humble cottage at odd hours.

A little over two decades ago, the tiny 52-year-old human female showed up at the Thundertree municipal market carrying a swaddled infant. Nobody—not even the mayor—dared ask any questions. Ges was Gwen’s grandson and that was that. It was odd, because, as far as anybody knew, Gwen never had any children, let alone grandchildren. But they had to admit, the little guy looked just like her.

People thought it was ironic that Gwen, who was notoriously impatient with men, ended up raising a rambunctious boy.

The mayor has been afraid of Gwen much longer than he’s been the mayor. Decades ago, as Gwen was drawing water from the well, he yelled that he could see her breasts through the threadbare black dress she always wore. His friends laughed. Gwen glared at him. Suddenly his tongue swelled up in his mouth and he couldn’t breathe. The swelling didn’t subside until Gwen turned on her heel and left him gasping and flopping in the the dirt like a stranded fish. All these years later, when the mayor talks about Gwen behind her back—as he often does—he still notices a vague tingling sensation in the back of his throat.

The mayor is now the mayor-in-exile. He and his allies want to remake Thundertree and erase its egalitarian traditions.

Ges has always known that his grandmother was special and powerful, but he never knew how to ask what she did, or how he might fit into her plan. He desperately hopes that she’s still alive and that there’s still time to learn her secret. He suspects that the eruption and the dragon occupation are not random events.

Ges will tell anyone who listens about his theories, but they didn’t fit in the biography section. He’s been thinking about this ever since he left Thundertree to work on the docks.

1) Ges thinks that these new-fangled “job” things that pay “wages” are the greatest. So much better than being a lord, or a peasant, or a wife. Everyone should have a job, Ges thinks.

2) Ges doesn’t like cops at all. He likes order, though. He feels the basic problem is that the cops work for noble families or rich merchants. So, they only do what the rich people want.

3) Ges figures that if everyone had a job, and everyone gave a few coins each week to pay the cops, the cops would work for everyone, and everything would be great. Maybe everyone could chip in to pay some people to clean the streets, too.

4) People need to live close together so that the police can protect them, and the street-sweepers can clean up after them.

5) Jobs and living close together seem to be connected. It’s good if there are lots of people with different jobs in the same place. That way, you can take the money you get from your job and but the stuff they make at their jobs and vice-versa. 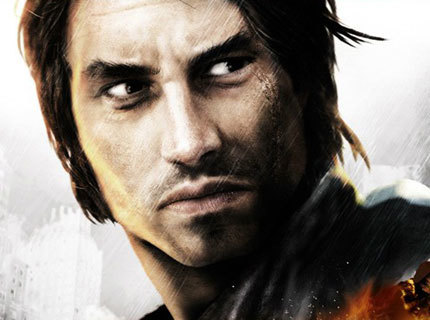