My kind fought dearly to establish our civilization. Would you cast yours aside, like a worn trinket?

The first time Ges, Viola, and Clara laid eyes on Valravn, they saw what appeared to them to be a tall, battle-scarred male half-orc, whose features were obscured by a great hooded stormcloak. It was only in the escape from Bardryn Sarich’s estate that you first caught a glimpse of Valravn’s true face — it was shrouded in shadow and her hood was up so you didn’t really get a good look, but it was clear enough to all that Val was actually a young half-orc woman who had been disguising herself as a man, for reasons unknown to you. She implores her newfound comrades to keep her secret, if not for her sake than for your own safety. “I’m not someone you want to be caught associating with,” is all she’ll say.

Beneath her stormcloak, Valravn wears black studded leather armor. She does not ordinarily carry a weapon, but when forced into combat she summons a massive glaive, nearly twice her own formidable height. The weapon, known as Ghostreaver, has a pitch-black weirwood shaft and a gleaming, almost incandescent blade. The blade has a tiny notch in it.

Valravn also has the ability to cast arcane magic.

She has a low gravelly voice and, while ordinarily soft-spoken, is able to be extremely intimidating when she wants to be.

She is an associate of Carric and Xavi and the three of them seem to have travelled some distance together.

Valravn is extremely protective of the teenage girl, Laney Emwich, and her family, a group of farmers who attended the meeting at the Safe Haven Inn.

She supports the aims of the Cottagers to secure a better lot in life for the common folk, but is deeply skeptical of the Greenroots, who to her seem intent on dismantling civilization itself. She also knows there is good and bad to be found in highborn and lowborn alike — there are nobles who govern well, for the betterment of all their people, and commoners who’d sooner slash your throat than shake your hand after you’ve done them a good turn. She has spoken out repeatedly and emphatically against the harming of innocents, including City Guardsmen — who mostly come from lowborn stock themselves, after all.

She was also vehemently opposed to the kidnapping of Bardryn Sarich, though that did not seem to stop her from putting the fear of the Nine Hells into the Masked Lord while interrogating him inside his bedchamber. 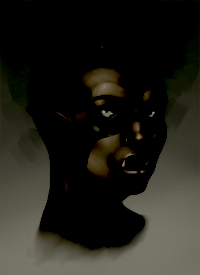