Prologue 02: From Phandalin to Waterdeep (cont'd)

Notes on the Demise of Venom Fang, Green Dragon by Ges Slahoot

Synopsis: The green dragon Venom Fang was killed by members of a dragon-worshiping cult in an apparent dispute between cultists and the dragon over the disposition of a clutch of eggs. We surmise that Venom Fang was a female dragon and these were her eggs. Which raises the question: Who is the father of Venom Fang’s eggs, and where is he?

Incident Report: As we approached a derelict building in Thundertree, we overheard human voices arguing with Venom Fang. Our scout performed reconnaissance and observed several black-cloaked cult members dead on the floor and few survivors bickering with the adolescent green dragon.

Hoping that the argument would escalate and Venom Fang would kill the remaining cultists, giving us the opportunity to attack her, we took up a secure position outside and waited. When we returned, we found that Venom Fang was dead and the cultists were still alive. One of them was trying to abscond with an egg.

Our party attacked the cultists, who counter-attacked with toxic orbs and flying acrobatics. We eventually killed them all in battle. In retrospect, we should have interrogated them. We never found out exactly how they killed Venom Fang.

Inspection of a dead cultist’s body yielded nothing of interest. Inspection of Venom Fang’s carcass and the bodies of the other cultists proved impractical because a fire (which we had set for tactical reasons) had already consumed most of the building.

We destroyed those eggs that were not consumed in the fire.

Additional Comments: Local dragon cultists have long been rumored to be trying to create undead dragons. No one gave this rumor much credence, because they were regarded as pathetic dragon groupies with no connection to powerful magic.

However, the ability of the dragon cultists to kill Venom Fang and to deploy powerful magic in battle should raise concerns about their ability to create an undead dragon, if additional cult members remain in the area, and especially if they are able to make contact with the father of Venom Fang’s clutch.

Prologue 02: From Phandalin to Waterdeep

Murdered some bandits and dragon worshippers, but, most importantly, joined up with Reidoth, who told us the action is in Waterdeep.

On the way, saw some orcs on the road bearing a sigil with a bloody blade on it.

Going to a meeting at the Safe Haven Inn. Presumably, the Green Roots and Cottagers will be there. The Green Roots are an environmentalist organization and the Cottagers are a populist uprising. 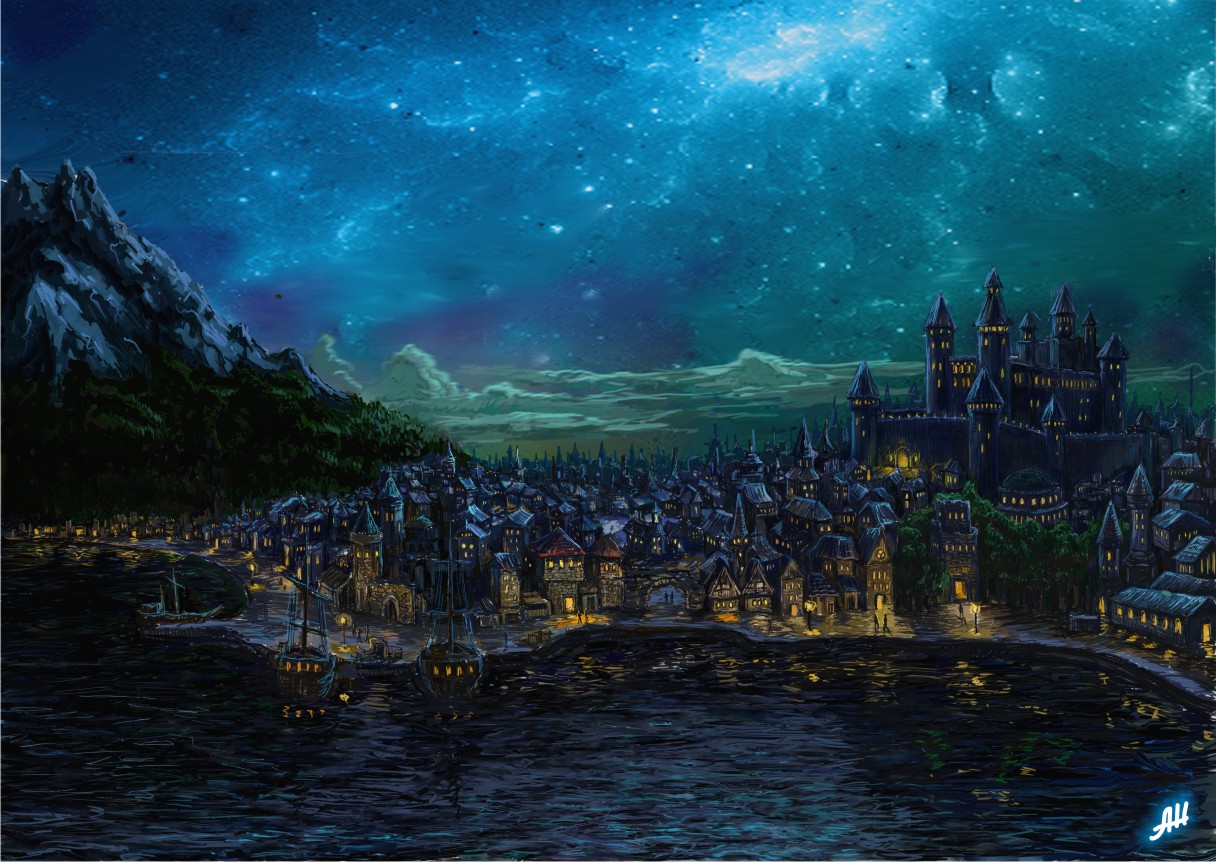 From the Evermoors to Waterdeep 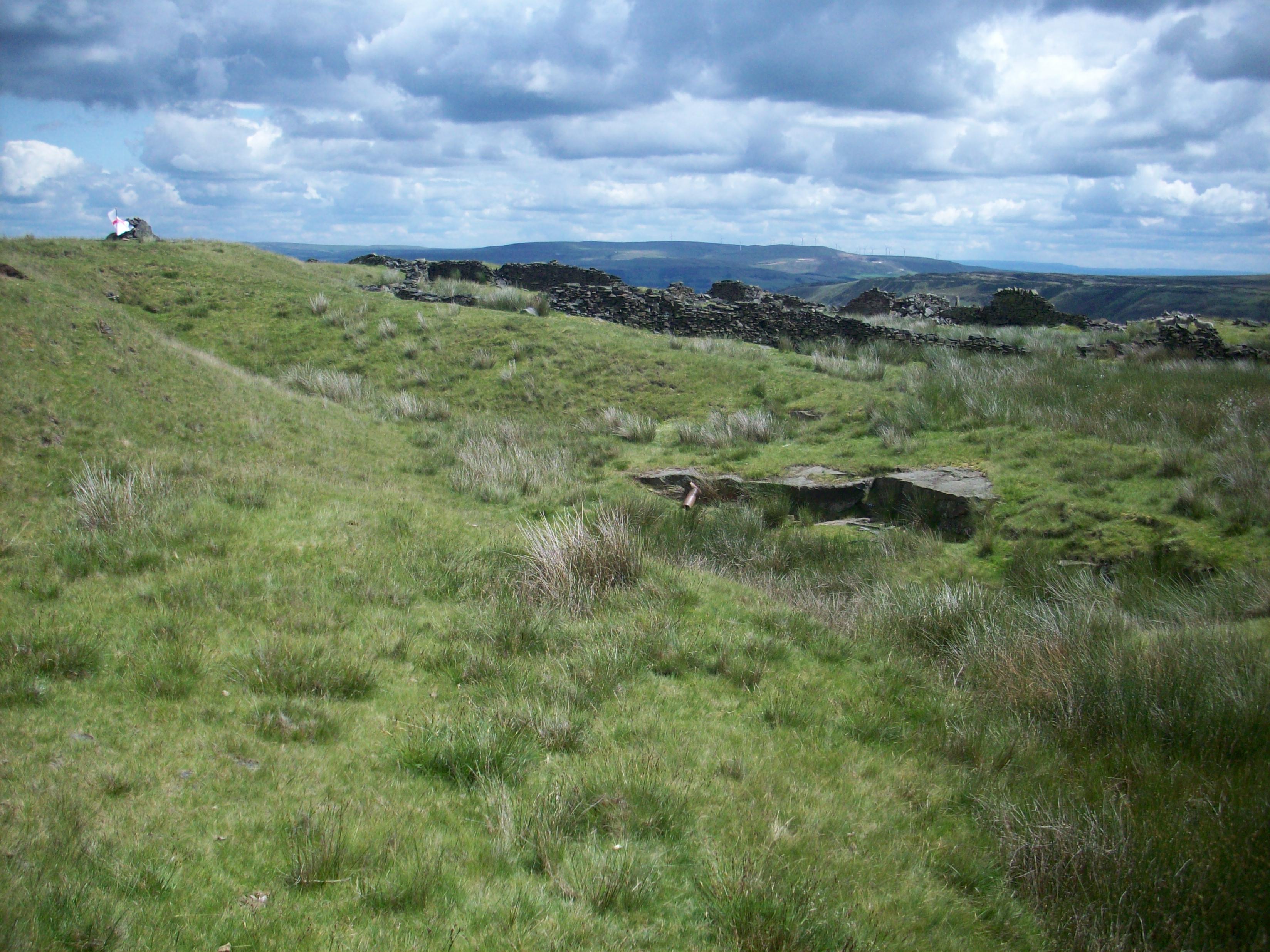 Many people find themselves at an odd angle to the Evermoors. But they felt more of home than any other place I have been since leaving the plains of Rashem. On the moors I met Carric and Val, as I looked for the killer of a servant of Mystra. Now I find myself in a seemingly deeper mystery: what are political machinations behind the killing? Could Thay be involved? The developed cities and provinces of the West have made jockeying for power into a custom—blackmail, extortion, assassinations, all of it are half conventions maintained by implicit agreement. The personalization of political maneuvers serve less as affront and admiration than to make passion a pretext. There is an indifference to the games of these corrupt power brokers.

We decided to make our way to Waterdeep, a pinnacle of thankfully uncontagious ‘cosmopolitan’ self-love and self-congratulations. On the road, we came upon a convoy of farmers that were being attacked by bandits, the weak and destitute preying on the weak and destitute. We dispensed with the bandits. The farmers told us of a meeting, an alliance of Green Roots, a movement for agrarian justice trying to fight the onslaught of the cities, and Cottagers, a movement of those in the cities and it surrounds, whose function appears to be to serve as resources to be extracted by the wealthy. We have agreed to attend the meeting with Lina. This is not my fight, but it may be a just one. Cities are a fact of this world, but making a city less corrupt would limit what resources Thay can use.